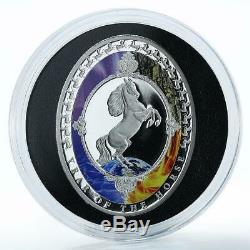 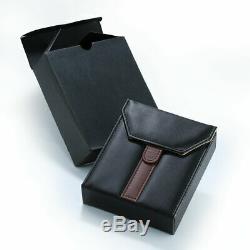 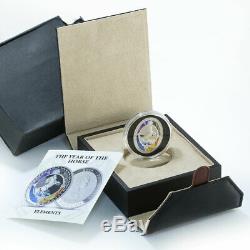 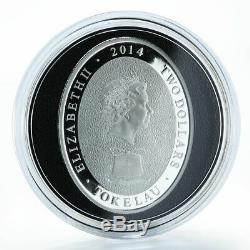 The island country of Tokelau geographically belonging to New Zealand released the pure 999 silver oval coin in 2014. There are also the name of the Queen, the face value (2 dollars), the year of issue and the country of issue minted.

The obverse of the coin shows the Horse as a patron lunar animal of 2014 according to Chinese Horoscope. One can see the shining Horse standing in spectacular position on the globe; the whole picture is enclosed in a circular frame with ornate décor.

Four elements giving name to the series (Elements) make the color environment of the image. There is a semicircular pattern of small horse figures along the rim of the coin in the upper part of the coin. On the bottom placed the legend instead of the pattern, saying Year of the Horse.

This item is in the category "Coins & Paper Money\Coins\ World\Australia & Oceania\Other Oceania Coins". The seller is "coinsberg" and is located in Kyiv. This item can be shipped worldwide.